[ This is part of the actual TBQ Classic Series sent to our premium subscribers. Subscribers get these sets as PDF files. ]

These quizzes are part of the TBQ Classic series

This is for private circulation.

1) A company, Keen Robinson & Company, originally Keen & Son, which was founded in 1742, was successful in making its product a household name. It is thanks to this success that a phrase originated in the English language. What’s the phrase?

2 ) [X], lawyer, editor, reformer and pioneer in the field of financial data collection and investment analysis. Born in Andover, Maine, he began his career as a lawyer in Bangor, Maine, working for his brother, John Alfred, a major force in building the Maine railroad system.  From his brother, he learned, first-hand, the railroad business and later, journalism, beginning in 1849 when John Alfred bought the American Railroad Journal and installed his brother as editor in New York. In 1860, he published the History of the Railroads and the Canals of the United States, the grandfather of all investment publications.  It was the first major attempt to record the past and present operations of an entire industry and became the basis for what, in two years’ time, would become regularly published industry updates known as ____ Manual. 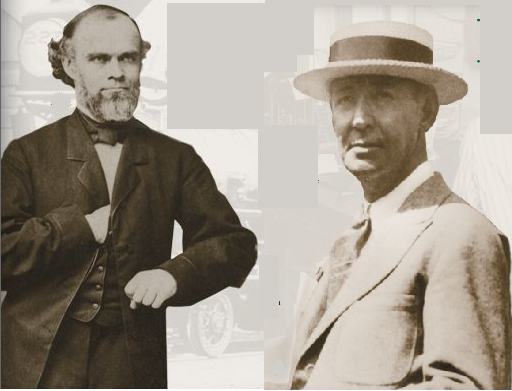 [Y], founder of _____ Statistics Bureau, was a self-trained businessman interested in the processing and distribution of news and information. Raised in poverty in Fayetteville, Tenn., he left home as a young man to work as a telegraph operator in a Nashville brokerage firm before moving to New York in hopes of a career on the stage. To support himself, he took a job answering investment inquiries at the investment bank Laidlaw & Co. where he recognized the difficulties of obtaining reliable information about and from publicly held companies. Seeing an opportunity for filling this information gap, he began to work on his own time compiling data on 100 of the country’s largest corporations.  Assembling this information on 5×7 inch filing cards, he quickly signed up 50 subscribers for his new service, leaving Laidlaw in 1906 to form _______ Statistics Bureau.

In 1941, the agencies merged. Identify the personalities and the agency as we know it now.

3) Their first store was opened in 1976 near Lille. The concept, innovative at the time, was to offer a wide range of sporting self-service and low prices. In 1996, they created their first Passion Brands: Tribord for water sports, Quechua for mountain sports. Name this brand popular even in India.

4) An important factor throughout the 19th century was the _______system. With no unemployment pay for most workers, members of the various trade societies were enabled to leave their home town in search of work. Arriving in a new town, they could register with the landlord at the local society’s public house. They were usually provided one night’s food, lodging and beer, but if no work was available they were expected to move on. The landlord’s records served as a clearing house of information as to the work situation in the town and in nearby towns. Which system?

5) Who did he supposedly replace?

6) Dr. Thomas Bramwell stepped in as Communion steward of the Vineland (N.J.) Methodist Church in 1869.This physician and dentist gladdened the hearts of fellow communicants on Sunday by serving sterilized, unfermented grape juice. It tasted almost like wine. 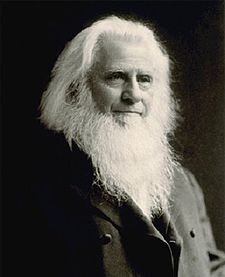 Name the brand he came up with. [ Available in supermarkets in India]

7) The brothers, Naveen, Anil and Bimal, belonged to a Maharashtra-based family that was involved in the business of importing books. Reluctant to join the family business, the brothers shifted to Rajkot, Gujarat and joined a relative in making diesel engines for agricultural purposes. Before long, they became interested in the fast moving consumer goods business. Impressed by the success of a small mosquito repellant company in Rajkot, the brothers decided to venture into the business and set up a company. They launched their most famous product in 1993, and is now a subsidiary of SC Johnson Co. Name the Indian company.

8) This is defined as a situation when gross domestic product (GDP) growth slides back to negative after a quarter or two of positive growth or it refers to a recession followed by a short-lived recovery, followed by another recession. What’s the buzzword?

9) [Tata Question] In the 1980s, the Tatas had a collaboration with a UK company that had a substantial share in the security printing market all over the world. What was the JV called as?

Language—the most powerful weapon we humans have ever created. Sometimes, that weapon is used against innocent children. Take the term “Child Prostitution.” Journalists use it so often it has become part of our common language. But “prostitution” is the exchange of sex for money. Often called a “victimless crime”—in itself, a moronic statement—the public perceives the word “prostitute” as pejorative. Indeed, we call a person who “sells out” his/her moral convictions in exchange for personal gain a “prostitute”. The essence of “prostitution” implies consent. So when pedophiles talk about “child prostitution,” they (deliberately) further the lie that little children are “seductive,” that they “volunteer” to have sex with freaks…in exchange for cash that they never see. A despicable myth, lovingly nourished by the flesh-peddlers.

Pedophiles want to sneak sexual exploitation into the “prostitution” continuum. If we allow the term “child prostitution” to gain a sufficient foothold in our language, we surrender ground to the enemy. There is no such thing as “child prostitution.” That term contradicts itself, “proving” a lie. This is child sexual exploitation, nothing else and nothing less. We need to change the language. We don’t change language with more language—we change it with behavior. And, sometimes, the highest form of behavior is what we don’t do…what we refuse to do.

Perhaps you’ve heard—although if you relied on the American media, probably not—about the “war” against “kiddie sex tourism” in Southeast Asia, with [name of the country] being the main offender. Well, this hasn’t been anything close to a war—in a war, people shoot back. With your help, we propose to change all that.

Not only is the foul “business” of kiddie sex tourism rampant throughout Southeast Asia, the “host countries” themselves have, by their conduct, proclaimed themselves proudly corrupt and profoundly evil. [name of the country] has been a safe harbor for predatory pedophiles from all over the world. But what [name of the country] has not been, up to now, is accountable. And that’s where you come in….

What we need are warriors committed to force [name of the country]to change its ways. And our weapon of choice is BOYCOTT. We want Americans to boycott anything made or manufactured in [name of the country]. It sells its children like products. It traffics in the flesh of its own babies. For money. And the only thing that will stop it is the loss of money.

Many products sold in America—from “figurines” fashioned from comics superheroes or cartoon characters, to video games, to sneakers, to dresses of ______ silk—are made in a country which is for many of its children, HELL ON EARTH.

We want you to support the boycott personally and urge others to do the same. We want you to write about it, talk about it, sing about, upload it, paint it, sculpt it, soapbox it, editorialize it—whatever you can do to help bring the baby-peddlers down. The “Made in [name of the country]” label is a symbol of foul dishonor. It should be rejected by all consumers, not just those with children of their own. And the next time you hear someone use the term “child prostitution,” tell them the TRUTH!

We want you to tell your friends to tell their friends. We want to have the world’s first “chain letter” that breaks chains! None of us will buy anything that says “Made in [name of the country]” on it.