1) She set up Vidya Bharati Shikshan Prasarak Mandal, an educational institute which runs a chain of schools and colleges in Western India. Which female Indian citizen? Pratibha Patil
2) Which brand has launched a merchandise called SUBSTORE? Subway
3) With which organization would you associate Antrix to? ISRO
4) Identify this logo.

Android OS
5) For which entity is Anand famous? Amul
6) Which brand of shoes was common for Pele, Lothat Matheus, Diego Maradona?
7) What was introduced by French engineer Louis Réard and fashion designer Jacques Heim in Paris in 1946?Named after an Island. Bikini
8) Identify. 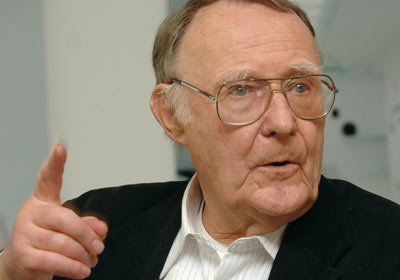 Ingvar Kamprad
9) An Italian brand of scooter manufactured by Piaggio. It has evolved from a single model motor scooter manufactured in 1946 by Piaggio & Co. S.p.A. of Pontedera, Italy—to a full line of scooters and one of seven companies today owned by Piaggio—now Europe’s largest manufacturer of two-wheeled vehicles and the world’s fourth largest motorcycle manufacturer by unit sales. Vespa
10)Which metal gets its name from the Roman God of trade? Mercury
11)What analysis was named after this Italian gentleman?

Pareto Principle
12) Which game means “number place” ? Sudoku
13) Ownership has changed many times, past owners including the Scottish publisher A & C Black, Horace Everett Hooper,Sears Roebuck and William Benton. The present owner of this Encyclopædia. is Jacqui Safra, a Swiss billionaire and actor. Brittanica
14)Who is psephologist? One who analyses election results
15) Yahoo mail logo’s name- LIAM
16)What is a Japanese for “FAIL SAFE”? Pokayoke
17)Tiger Airlines is a part of which airlines? Singapore Airlines
18)He was a Scottish-American industrialist, businessman, and entrepreneur who led the enormous expansion of the American steel industry in the late 19th century. He was also one of the most important philanthropists of his era. Also founded a famous institution. Andrew Carnegie
19) Google doodle on whose birthday?

Some questions from the final round:
1) Which place witnessed fall in real estate prices and was named after Major James Abbott? Abottabad
2) Only LUX model to become a Chief Minister? Jayalalitha
3) Who was born as Rama Krishna in Haryana and started Patanjali Life Sciences? Baba Ramdev
4) Identify this personality after whom a bank was named. Salmon P Chase

5) John Harmsworth designed something in distinctive green bottles. The shape was that of the Indian clubs Harmsworth used for exercise. What? Perrier 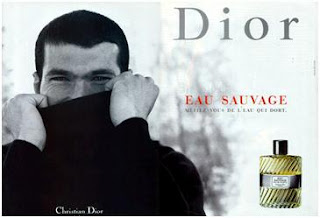 8) Name the brand that’s connected to this painting.