BMB is the latest among the Govt.-owned banks. It is the first of its kind in the Banking Industry in India formed with a vision of economic empowerment for women. The New Delhi-based bank was incorporated in 2013. 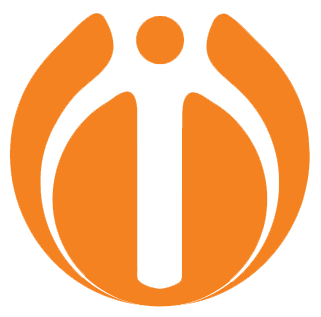 Other than the nationalized banks, there are two more banks which are Govt. owned — IDBI Bank and Bhartiya Mahila Bank.

The State Bank of India was formed by the nationalization of the Imperial Bank of India in July 1955. This was the culmination of a IBI’s role in independent India — the debate on its bias towards European businesses and against indigenous entrepreneurs, and the slow pace of Indianization of its staff and management. The Rural Credit Survey Committee saw the proposed State Bank of India as a key part of its integrated system of rural credit. Consequently, the plan to nationalize the Imperial Bank became part of a wider effort to direct the funds of the banking system into certain neglected, but important, sectors of the economy such as agriculture, and spread banking facilities in rural areas.

The Imperial Bank was formed as a joint-stock bank in January 1921 by amalgamating the Presidency Banks of Bombay, Calcutta, and Madras. This amalgamation was a response both to the felt need for a bank which would hold government balances and use them to deepen the country’s financial structure, and to the threat which the Presidency Banks felt was likely to emanate from the inroads the London clearing banks were planning to make in India. Almost from its inception, the Imperial Bank had the status of a quasi-central bank, undertaking until the formation of the Reserve Bank of India in 1935, banking functions for the Government of India and other banking institutions and managing the rupee debt of the government.

The collapse of the Mughal empire, the uncertainity and political turmoil that followed, and the advent of the colonial power structure shook the existing ‘banking’ system in Indian. Indigenous bankers were eclipsed as Agency Houses took control of large finances. These agency houses enjoyed state patronage and some even established banks.

Among the early issuers, the General Bank of Bengal and Bahar (1773-75) was a state sponsored institution set up in participation with local expertise. Its notes enjoyed government patronage. Though successful and profitable, the bank was officially wound up and was short lived. The Bank of Hindostan (1770-1832) was set up by the agency house of Alexander and Company was particularly successful. It survived three panic runs on it. The Bank of Hindostan finally went under when its parent firm M/s Alexander and Co. failed in the commercial crisis of 1832. Official patronage and the acceptance of notes in the payment of revenue was a very important factor in determining the circulation of bank notes. Wide use of bank notes, however, came with the note issues of the semi-government Presidency Banks, notably the Bank of Bengal which was established in 1806 as the Bank of Calcutta with a capital of 50 lakh sicca rupees. These banks were established by Government Charters and had an intimate relationship with the Government. The charter granted to these banks accorded them the privilege of issuing notes for circulation within their circles.

Notes issued by the Bank of Bengal can broadly be categorised in 3 broad series viz: the ‘Unifaced’ Series, the ‘Commerce’ Series and the ‘Britannia’ Series. First came the unifaced notes.

The Bank of Bengal notes later introduced a vignette represented an allegorical female figure personifying ‘Commerce’ sitting by the quay. The notes were printed on both sides. On the obverse the name of the bank and the denominations were printed in three scripts, viz., Urdu, Bengali and Nagri.

On the reverse of such notes was printed a cartouche with ornamentation carrying the name of the Bank. Around the mid nineteenth century, the motif ‘Commerce’ was replaced by ‘Britannia’. The note had intricate patterns and multiple colours to deter forgeries.

The second Presidency Bank was established in 1840 in Bombay, which had developed as major commercial centre. The Bank had a checkered history. The crisis resulting from the end of the speculative cotton boom led to the liquidation of Bank of Bombay in 1868. It was however reconstituted in the same year. Notes issued by the Bank of Bombay carried the vignettes of the Town Hall and others the statues of Mountstuart Elphinstone and John Malcolm.

The Bank of Madras’s history is officially traced to its formation in 1843 by the merger of Carnatic Bank (Fort St. George, 1788), the Madras Bank (1795) and the Asiatic Bank (1804). Banking in Madras can be traced to 1682 1 when Governor Gyfford and his council who established the Madras Bank — the first bank in India 2. 3 The notes of the Bank of Madras bore the vignette of Sir Thomas Munroe, Governor of Madras (1817-1827).

The keyhole in the State Bank Group logo symbolises financial security but strangely it looks exactly like the Kankaria Lake in Ahmedabad.

Tagline: The banker to every Indian 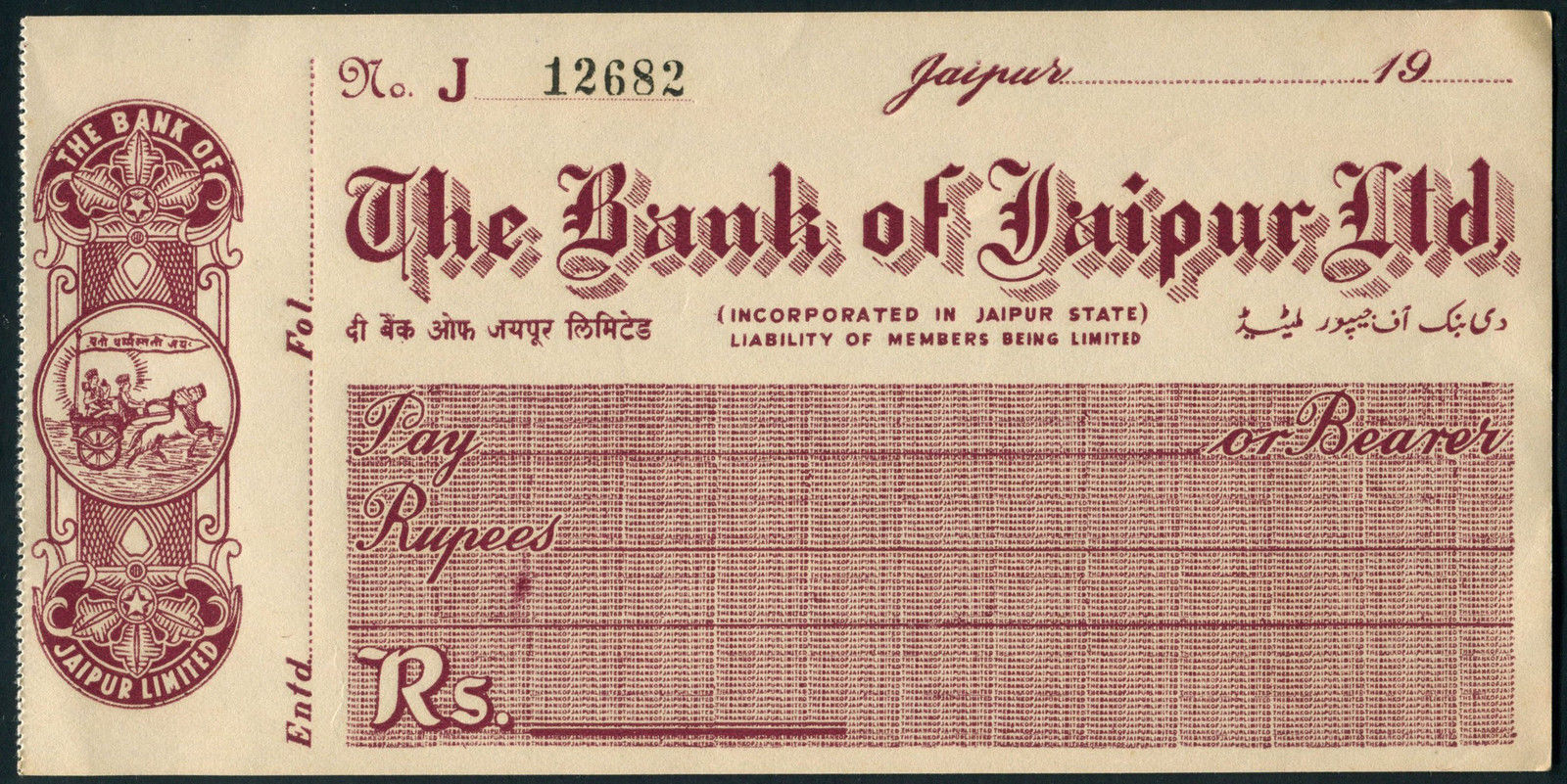 Bank of Bikaner was founded Maharaja Ganga Singh of Bikaner in 1944. 1

Bank of Jaipur was founded in 1943 under the leadership of industrialist Ramnath Anandilal Podar. 1 2 He was invited by the then Government of Jaipur to organise `The Bank of Jaipur’ and was its chairman. He continued in that capacity till he was appointed by the Government of India as director of the `Central Board of the State Bank of India’. He was also the president of the Bombay Local Board of State Bank of India.

State Bank of Hyderabad was constituted as Hyderabad State Bank on 8.8.1941 under Hyderabad State Bank Act, 1941 by the last Nizam, Osman Ali Khan, Asaf Jah VII. The Bank started with the unique distinction of being the central bank of the erstwhile State of Hyderabad, covering present-day Telangana region of Andhra Pradesh, Hyderabad-Karnataka of Karnataka and Marathwada of Maharashtra, to manage its currency – Osmania Sikka and public debt apart from the functions of commercial banking. The first branch of the Bank was opened at Gunfoundry, Hyderabad on 5th April, 1942. 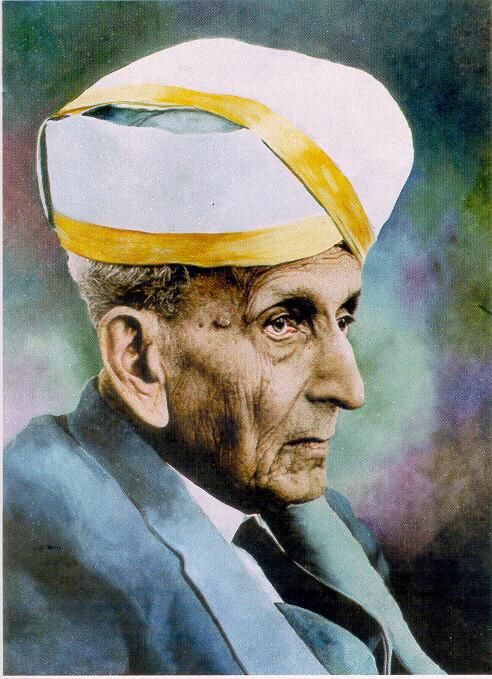 In 1913, at the instance of Sir Mokshagundam Visvesvaraya, the Engineer Statesman, a state aided Bank, under the patronage of His Highness the Maharaja of Mysore, Sri Krishnaraja Wodeyar IV, was established.This was “Mysore Bank Ltd”. During 1953, “Mysore Bank” was appointed as an agent of Reserve Bank of India to undertake Government business and treasury operations, and in March 1960, it became a subsidiary of the State Bank of India under the State Bank of India (subsidiary Banks) Act 1959.  Now our bank is an Associate Bank under State Bank Group.

Tagline: Working for a better tomorrow 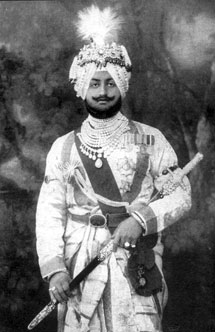 The State Bank of Patiala was founded as the Patiala State Bank in 1917 by  Late His Highness Bhupinder Singh, Maharaja of erstwhile Patiala state, with one branch at Chowk Fort, Patiala. The bank was setup fostering growth of agriculture, trade and industry.

Sometime ago, SBP had tried to use a mascot 2 and a tagline — Blending Modernity With Tradition 1

The history of the State Bank of Saurashtra can be traced to 1st April 1902 when the Bhavnagar Darbar Savings Bank was established in Bhavnagar, one of the princely states in the Saurashtra region. The bank was established by the Maharaja, Sir Bhavsinghji Takhtsinhji Gohil and Sir Prabhashankar Pattani, the later Diwan. The bank was created to encourage the habits of thrift amongst the darbari servants and to provide a safe place for their, and others’ investments.

Subsequently, in the year 1950 the Bhavnagar Darbar saving bank was formed into a statutory corporation called State Bank of Saurashtra, under the Saurashtra state Bank (SBS) (Amalgamation) Ordinance, 1950 with four other Darbar banks owned by erstwhile princely states viz. Rajkot State Bank, Porbandar State Bank, Palitana Darbar Bank and Vadia state bank getting merged with it, with effect from July 1, 1950.

The bank became an associate bank of State Bank of India on 1st January 1960, and was merged with SBI in 2008. 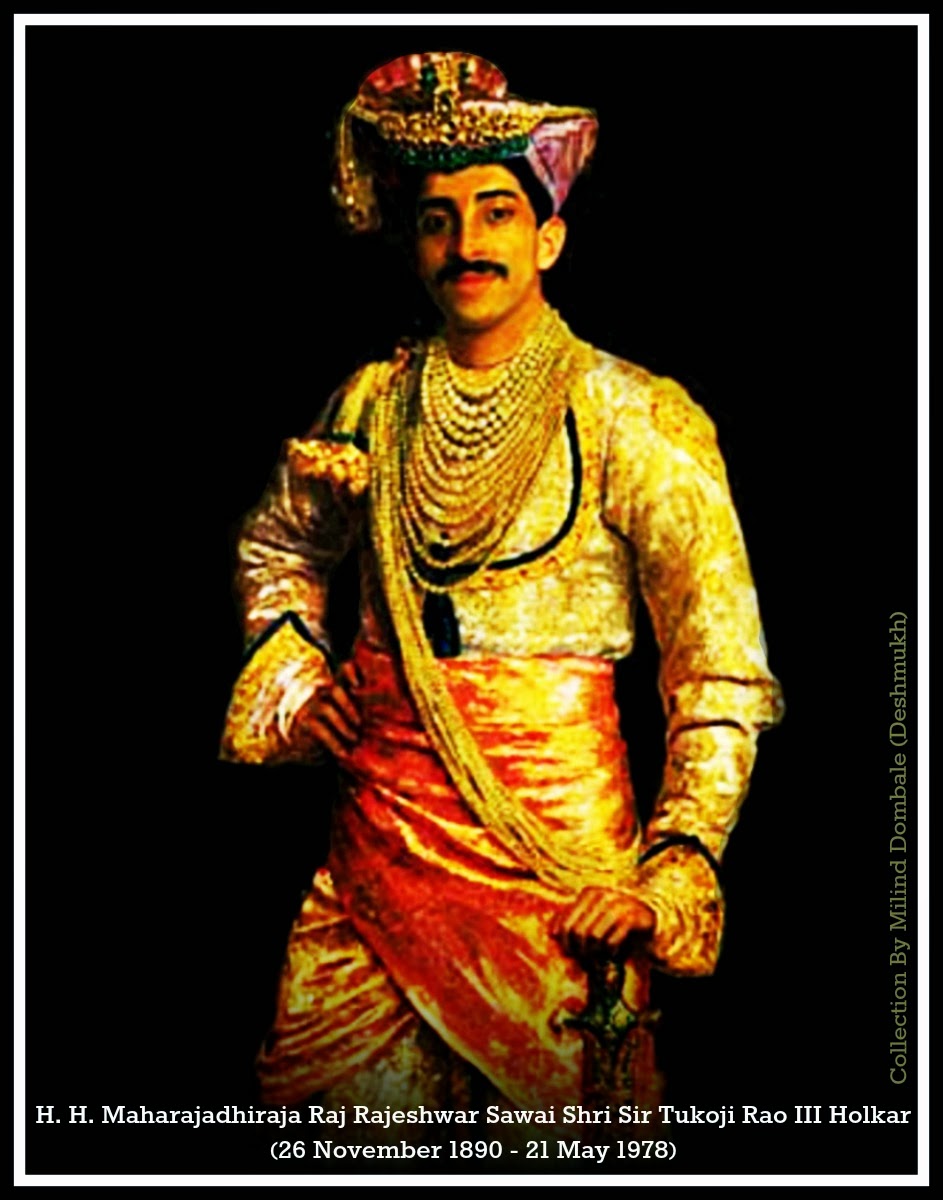 The bank was merged with State Bank of India in 2010. 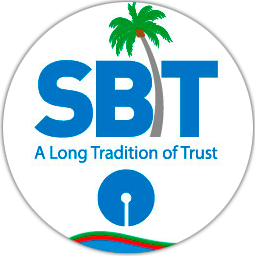 The Bank was established as the Travancore Bank Ltd. on the 12th September, 1945 with the support and patronage of the then Maharaja of Travancore. Though not credited, it was an initiative of Travancore Dewan Sir CP Ramaswami Aiyer. The bank started its operations from Aana Cutchery — the then new Hajoor Cutchery (Secretariat) in Trivandrum1. We are fairly assuming that the Travancore’s two-elephant-insignia was the bank’s aswell during those times.

On January 1, 1960, the bank became an associate of the State Bank of India.

Tagline: A long tradition of trust