KPK Fruit and Cool Bar came up with a juice made of ‘Njaalipoovan’ banana, frozen milk and sugar — the first customers were a set of guys watching Sharjah Cup in a shop next door. When asked the juice’s name, he just cooked up a name and said, “Sharjah Shake”. The name stuck! As they say, the rest is history. 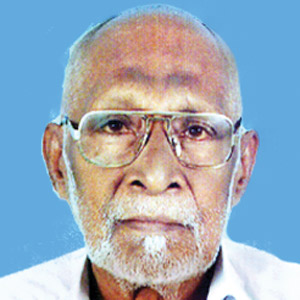 The juice travelled far and wide — and is now a favorite among Malayalees across the world.

The juice shop that gave the world Sharjah Shake will stay on, but the man who created it, EP Kalanthan Koya is no more.

Here’s to all the Sharjah Shakes I ever had.

One thought on “RIP: Kalanthan Koya, the creator of Sharjah Shake”