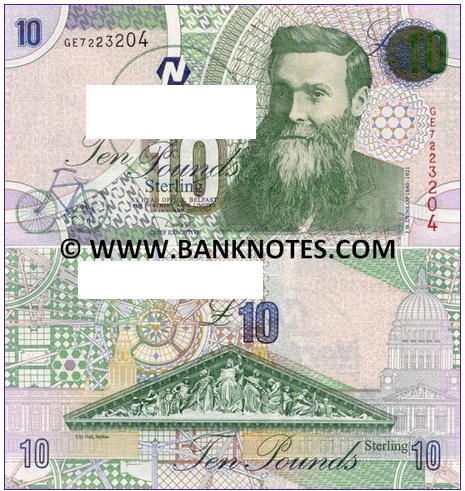 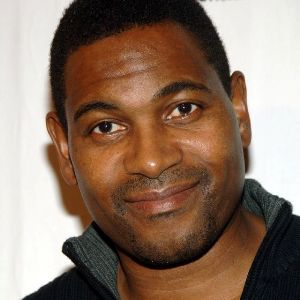 3) It is an acronym for favored emerging markets coined in late 2009 by Robert Ward, Global Forecasting Director for the Economist Intelligence Unit (EIU). The term has also been used by HSBC’s chief executive Michael Geoghegan. These countries are favored for several reasons, such as a dynamic and diverse economy and a young growing population

4) Which company built the engine for The ‘Sprit of St. Louis’ plane?

6) This brand dates back to 1851 in Rhode Island when Robert Knight, a textile mill owner, visited his friend, Rufus Skeel. Mr. Skeel owned a small shop in Providence, Rhode Island that sold cloth from Mr. Knight’s mill. Mr. Skeel’s daughter painted images of apples and applied them to the bolts of cloth. The ones with the apple emblems proved most popular. Mr. Knight thought the labels would be the perfect symbol for his trade name. What?

7) Who are Open collar workers?

Bubba Gump Shrimp Co. Restaurants, Inc. was formed as a new restaurant chain in a joint enterprise with Paramount Pictures

6) Fruit of the Loom

7) One who work from home- No fixed location

1) It was founded in Kolkata in 1974 in collaboration with Heinrich Schmid AG of Switzerland by Mr. Bijon Nag, a technocrat entrepreneur. Which company? 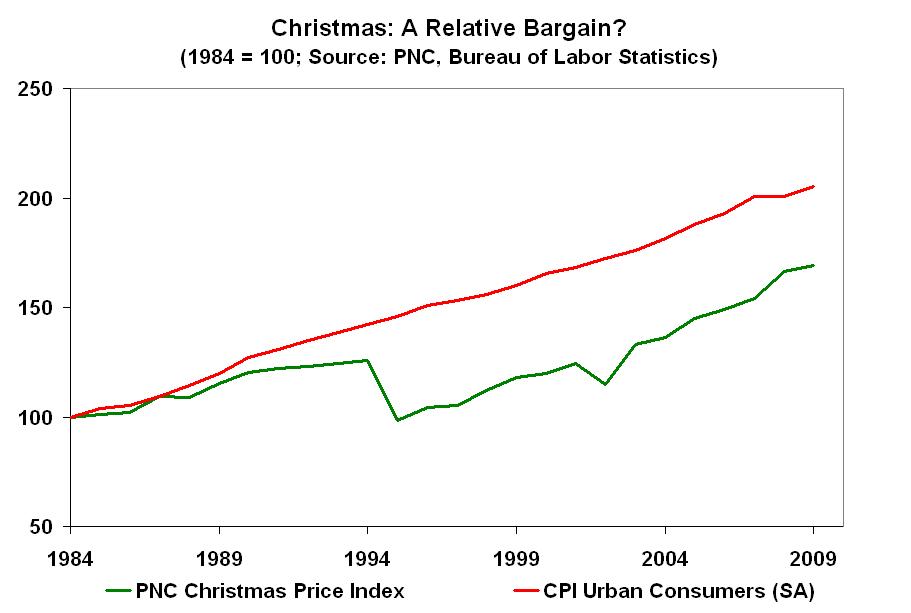 3) “X” came to India in 1912, and learned of the existence of the “Y” shortly after they were set up in 1920. They had a brief legal tussle over the use of the telegraphic address ‘Oxonian’, but in general tolerated and even encouraged the firm, giving them special terms for OUP and Clarendon Press titles. ‘An enterprising firm, certainly good at display,’ H.S. Milford, Publisher to the University, commented to Sir Maurice Gwyer.

“Y” was established in 1920 by the Primlani family, a Sindhi business house. The outlets are now managed by the Apeejay Surrendra Group, a Calcutta-based conglomerate.

4) It was originally launched to compete with Estée, a fragrance released by Estée Lauder

Oprah Winfrey dedicated a segment of her talk show in 2007 to discuss the impact of its advertising. She stated that the ads inspired her. She wanted to be “confident and fabulous” like the “________ girls”. Which brand?

6) It refers to the practice of making spoofs or parodies of corporate and political advertisements. It may take the form of a new image or an alteration to an existing image or icon, often in a satirical manner. What’s the term?

7) Bansibhai Vaghani and Dinesh Vaghani launched the company in 1972 on a triple-layered foundation of value, commitment and quality. Which company?

8) Hardtack (or hard tack) is a simple type of cracker, made from flour, water, and sometimes salt. Inexpensive and long-lasting, it was and is used for sustenance in the absence of perishable foods, commonly during long sea voyages and military campaigns. How are they known better? There is also a Movie by the name.

9) The name of the brand is legally and officially uncapitalized. It is an American clothing retailer founded in 1976. The name was inspired by, and is pronounced as in, the phrase “to be or not to be” from the play Hamlet.Manny Mashouf, who emigrated to the United States in the early 1970s, opened the first store in San Francisco. Name the brand

10) It was started as joint venture of lndustrial Development Trust of the Nizam’s Hyderabad Government and M/s Alladin & Company. Which company?

11) Margaret Rudkin, discovered that one of her sons had an allergy to commercial bre Encouraged by her family and her son’s doctor, she begins a small business out of her kitchen selling her bread to local grocers. Named for her family’s farm in Fairfield, Connecticut, consumers recognized her homemade bread’s quality and bought every loaf she baked. Which brand?

12) It is a German brewery in Munich, Bavaria, that produces a traditional Munich-style beer. It is currently owned by the American-Brazilian-Belgian company Anheuser-Busch InBev. Like other premium German beers, it is brewed according to the German “Reinheitsgebot” (Purity Law) dating back to 1516. Which brand? 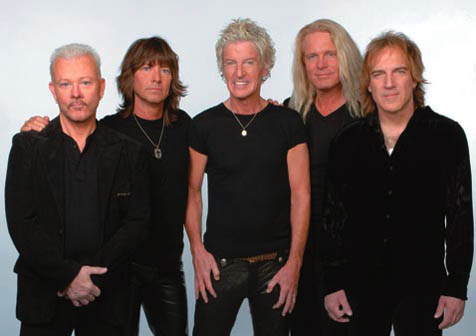 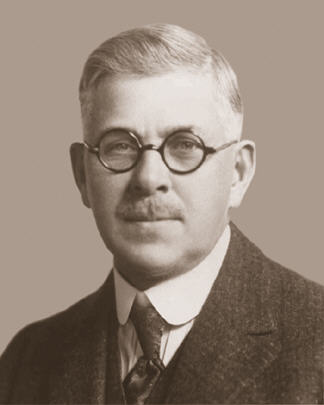 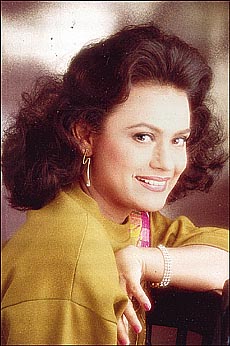 15) In the center of the state emblem of Pakistan is a quartered shield, with each quarter containing a major crop of Pakistan at the time of its adoption: cotton, jute, wheat and ___.
The 4th crop Pakistan was a big producer but now it imports. Which crop?

1) In 1996 he launched an unsuccessful campaign to elect Ernest, his Bernese Mountain Dog to Congress. Shugart later wrote about that experience in a book, Ernest Goes to Washington (Well, Not Exactly). He backed a failed ballot initiative in 2000 to give California voters the option of choosing “none of the above” in elections. Who?

2) It is the name of more than 200 hotels around the world. The first known Hotel was in Place Vendôme in Paris. What?

3) The ________Effect usually refers to the cost of tuition at private colleges and universities. Many parents assume that a higher-priced education is a better education. “The theory of it was, basically, we will raise the tuition as much as the market will bear,” said William Massy, a former Stanford University finance officer.

The ________effect is based on the commonly accepted perception that you get what you pay for. In the 1950s, Coca Cola was twice as expensive as Pepsi. Yet, Pepsi sales increased after they raised the price of the soda.

4) In medieval England there were nomadic mercenaries who wandered the country side and would sell their services to the highest bidder. These were hardened fighters who lived solitary lives in the wilderness. They did not have the luxury of servants to polish their armor and it would oxidize to a blackish hue, and they came to be known as black knights. At local town festivals they would have exhibition jousting matches in which the winner of the fight would win the loser’s weapons and armor. The local gentry, softened by the good life, would lose to these black knights. The nomadic knights didn’t have much use for an extra set of armor and would sell it back to them immediately after the fight. Origin of what?

5) The phrase from Washington Irving’s short story The Creole Village is: “The___________, that great object of universal devotion throughout our land, seems to have no genuine devotees in these peculiar villages; and unless some of its missionaries penetrate there, and erect banking houses and other pious shrines, there is no knowing how long the inhabitants may remain in their present state of contented poverty. Fill in the blanks

6) It is a sale of assorted secondhand objects contributed by donors to raise money for a charity. What? 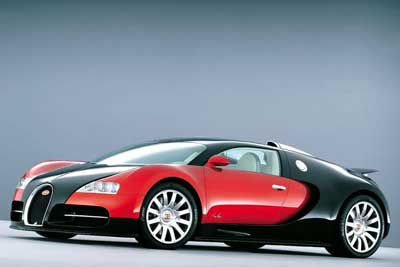 8) Factory Near his hometown of Derry Church, Pa, … “Sweetst Place on Earth”

2) The company’s first product was a turboprop transport. The Brazilian Government contributed to its early growth giving it contracts and helping to increase its product line, and the company sold solely to the domestic market until 1975.
While military aircraft made up the majority of its products during the 1970s, by 1985 a regional airliner had debuted, the Brasilia. Which company?

3) Question on Alfa Laval- Heat exchanger…inspired by nature, birds or some such 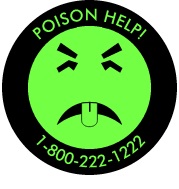 5) It was originally created as a neutral global distribution system (GDS) by Air France, Iberia, Lufthansa and SAS in 1987 in order to connect providers’ content with travel agencies and consumers in real time. The creation of it was intended to offer a European alternative to Sabre, the American GDS. It was built from core reservation system code coming from System One, an American GDS that competed with Sabre but went bankrupt, and a copy of the Air France pricing engine. What?

6) Pic http://goo.gl/JMbvl
The notes are not an officially recognized currency or legal tender since their sole intended purpose is to be offered as burnt-offerings to the deceased as often practiced by the Chinese and several East Asian cultures. What are they called?

7) The name apparently is the anglicization of the Sanskrit term for an untranslated and forbidden sex position in the uncompiled Kama Sutra texts that involves the penetration of all of a woman’s orifices, much like the mythical Venus Butterfly position in the West. This position is known as the “_______”.

Answers:
1) Google earth ad
2) Embraer
3) Alfa Laval
4) Mr. Yuk was conceived by Dr. Richard Moriarty to help children learn to avoid ingesting poisons. Living in Pittsburgh, the skull and crossbones previously used was not terribly helpful, because the Jolly Roger was the mascot for the local baseball team, the Pittsburgh Pirates. it had little meaning to children who equate the symbol with exciting things like pirates and adventure.
The color was chosen when Moriarty was showing different colors to students, and the green that was chosen was christened “Yucky!” by a young child. Hence, the name and the color. The design for Mr. Yuk was created by Wendy Courtney Brown, then a 4th grade student at Liberty Elementary in Weirton, West Virginia, as part of a Pittsburgh Poison Control design contest.