1. This term is derived from Latin words ‘com’ meaning together and ‘merx’ meaning goods. – Commerce

2. A type of buyout wherein an investor, typically financial sponsor, acquires a controlling interest in a company’s equity and where a significant percentage of the purchase price is financed through borrowing. –Leveraged Buyout

3. Which bank was instrumental in starting the Preatham Grameen Bank. An initiative to spread banking to rural India. – Syndicate Bank

4. Print ad with caption ‘Every supermodel’s favourite airline’ (The hint given was the text font) – Indigo

1)English singer/composer, brain child behind rocket record co. in 1972. Has a unique record, they are the only co. that has a trade mark  to a song , that was sung  only once in public?

3) Which co. did Sunil Mittal get into an agreement in 1983 to manufacture the co’s push button telephone models for the Indian market? Later the co. went onto forge alliance with Nokia.

4)Picture of this famous Huge Entrepreneur. 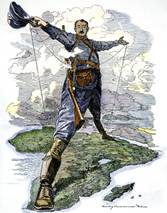 5)Whose Tagline goes “ No Flavour Finer” The product carries a G I Tag and makes India proud?

6) The Vanilla Beans are used in the Ice Cream Industry. Which Country produces 80% of the world’s Vanilla Beans output?(Clue – Children will know from Cartoons)

7) On 5th April 2011, who announced about his new IT Venture “Happiest Minds Technologies Pvt Ltd” ?

8)Picture of a Logo – whose? (Probably the Toughest question- QM)

9) What term now used in media comes from the name given by the London based pharmaceutical company Burroughs Well Co to the compressed Tablets ?

10) Which Asian Country with Voice based revenues of $ 5.70 Billion has overtaken India as the Call centre capital of the world ?

12)From the Education Sector. Old Company. Whose Logo?

13) First example of an Indian company hiring a local face to endorse its brand exclusively in another Country. Dabur has roped in which Pakistani cricketer for its brand – Hajmola?

14) Which nation gets its top level internet  domain as .Ch ?

15) He has donated a majority of his company’s shares to M.I.T to fulfill his desire. Under the terms of the Gift, M.I.T cannot sell its shares & will not participate in its management or governance of the Company but can get annual dividend on its shares. Identify this gentleman.? (Huge Indian name)

16)Arabian Logo . Identify ? (New tourism destination in the middle east. Did not get effected by the recession)

18) Which electronic commerce company would be associated with Andrew Mason?

19) This Company is recognized as India’s biggest chain of Family Clubs by the Limca book of world records. They boast of having around 600 corporate members including Microsoft, Brooke bond Lipton, CMC,etc…..

Runners ups- Vishal Vighnesh and Arun Kumar (Swadisht Foods, Bangalore)
Here are some of the questions, via Anil Raghavan. For prelims-click here.

1)US Census of 1890: Earlier census used to take 7years. This was cut down to 3months by an invention by company. What/ Who?
Ans: Hollerith’s punching cards-IBM

3)Visual of  an Indian- created which brand

5)Some visual on Qr code
6)Connect on UB group-pegasus,kissan brandname etc
7)Connect q on Petronas-unheard of brands,with cesarpelli the architect
8)Question on clue round about Cathay Pacific.
8)q on clue abt st.gobain glass founder.manorama answered on first clue.would have really burned midnight oil on brand origin
9)Some retail funda tested in supermarkets by French company- Reynolds
10)Visual on Godiva brand

Questions to come in soon.

1) In the spring of 1846, Moses Yale Beach (1800-68), publisher of The New York Sun, established a pony express to deliver news of the Mexican War. His pony express carried dispatches ahead of the Great Southern Mail from Mobile to Montgomery, Alabama, where the mail coaches carried them 700 miles to the nearest telegraph point near Richmond, Virginia. In offering an equal interest in the express venture to the major New York City daily papers (four of whom accepted), Beach effectively organized this institution. Name it.

2) The idea to form one company out of a union of various construction and engineering firms came from Harry Morrison of the Morrison-Knudsen construction firm of Boise, Idaho. Morrison had forged a profitable working relationship with Utah Construction and decided they, too, should be in on the Black Canyon — as it was called at the time — project. Added to the mix was Charlie Shea, a seat-of-the-pants builder of tunnels and sewers.
Half a million was just the amount Shea pledged toward the performance bond. Along with his colorful and boisterous personality, Shea possessed the necessary skills and connections to further the project. He enlisted the interest of the Pacific Bridge Company and Felix Kahn of the San Francisco firm, MacDonald and Kahn. Meanwhile, Harry Kaiser, an ambitious young road builder from Oakland, California, and his mentor Warren A. Bechtel, a powerful old-line San Francisco contractor had become interested in the project. Kaiser’s experience in the working world extended back to when he dropped out of school at age 11. The elder Bechtel had developed an admiration for Kaiser’s work ethic and drive. It was Bechtel who suggested that he and Kaiser join forces with the alliance being formed by Harry Morrison. Felix Kahn coined the name for this alliance.

It was constructed between 1931 and 1936 during the Great Depression, and was dedicated on September 30, 1935.
Name the structure and the alliance.

Want more such questions? The TBQ Classic subscription is for you!